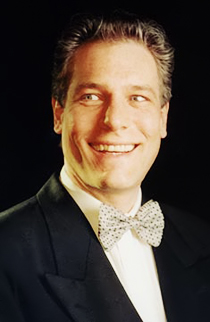 James Creitz, viola, was born in 1957 in Madison and enjoys a reputation as one of today’s leading violists. After completing his studies with honors at Yale University he continued his musical education with Bruno Giuranna. His earliest chamber music teachers and advisors include members of the Amadeus, Pro Arte and Vegh Quartets, and the Beaux Arts Trio. He has subsequently performed with members of these groups as well as soloists such as Bruno Giuranna, Yo Yo Ma and Mstislav Rostropovich. Creitz was, from 1983 till 1993, a member of the Academica Quartet, with which he performed throughout Europe and made some 20 recordings.

His more recent accomplishments include enthusiastically received recordings of 20th Century Viola works (Dyamic), and of the Sonatas for Viola and Piano by Brahms and Schumann (TIR), which were both nominated for several awards. Performing widely on six of the seven continents, Creitz’ playing has filled halls such as La Scala, Suntory Hall, the Sydney Opera House and the Queen Elizabeth Hall and graced the Salzburg and Berlin Festivals. Regularly serving on the juries for international competitions, and giving master classes in Italy, Spain, Germany and the USA, Creitz is a Professor at the Staatliche Musikhochschule in Trossingen, Germany. His instrument is a superb Grancino viola (1695).