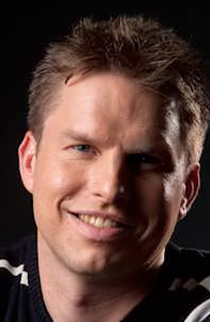 Jeffery Krueger, tenor, was born in the US state Iowa. He began studying Biology and Spanish at the University of Iowa, but soon decided to concentrate on his training as a singer with his teachers John Muriello and Shari Rhoads. He appeared in many school productions at the University, performing among other roles Tamino and Nemorino.

In 2002, he began his studies at the Schweizer Opernstudio in Biel, Switzerland, obtaining his Opera Diploma from the Hochschule für Kunst Bern in 2004. In the course of his training, Jeffery Krueger appeared as Gomatz (in Mozart’s Zaïde) at the Biel-Solothurn theatre, Tito in  La Clemenza di Tito in the Schweizer Opernstudio production, and sang the tenor in Vinko Globokar’s Par une forêt de symboles‚ performed in several Swiss venues and in Berlin. Following the acclaimed Schweizer Opernstudio production of Aaron Copland’s The Tender Land, in which he appeared as Martin, Jeffery was invited to continue his studies at the International Opera Studio Zürich in 2004.

In the 2005 Opera Studio Zürich production of Menotti’s The Consul, he portrayed the magician Nika Magadoff. In the 2004-2005 Opernhaus Zürich season, Jeffery embodied roles in the world premières of Werner Schulze’s Kalkül and H. K. Gruber’s Der Herr Nordwind. He also portrayed among other roles the first armoured man in Die Zauberflöte, and Ruiz in Il Trovatore.