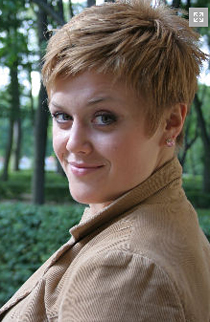 Sobotka is widely acknowledged for her interpretations of Polish vocal repertoire – in particular the works of Karol Szymanowski. Recordings includes, a contribution to the complete collection of Szymanowski songs released by Channel Classics. On a subsequent release for EMI Classics, Sobotka recorded the Songs of a Fairytale Princess cycle with Sir Simon Rattle and the City of Birmingham Symphony Orchestra. As well, she has recorded Szymanowski’s orchestral songs for Polish Radio with the Polish National Radio Symphony Orchestra. Her recording of Chopin songs, is her latest contribution to The Chopin`s National Edition relased by BeArton label.

Future engagements include recordings of Korngold Songs with pianist Reinild Mees, Deutsches Motet by Strauss with Rundfunkchor Berlin and performance of Szymanowski’s Litany To the Virgin Mary in Musikverein with Viener Symphoniker.

Sobotka graduated from the Fryderyk Chopin University of Music in Warsaw and continued her studies with renowned artist and pedagogue Tom Krause at the Escuela Superior de Música Reina Sofía in Madrid.