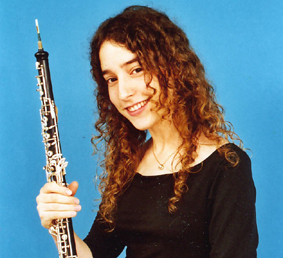 Tamar Inbar, oboe, studied with Dudu Carmel at the Jerusalem Music academy where she won the competition for solo performance with orchestra and got full marks for her final oboe exam. She continued her studies with Maurice Bourgue in Geneva and finished her diploma with Thomas Indermuhle in Karlsruhe, and was awarded high honours. She finished her Masters studies with Stefan Schilli at the Mozarteum Salzburg, also with high honours.